"We continued to execute very well in Q2, as we delivered record revenue and net income," stated Chuck Swoboda, Cree chairman and CEO. "LED lighting adoption continues to gain momentum and our near term focus is on factory execution and capacity expansion. Our strong balance sheet further enhances our leadership position and supports our mission of leading the LED lighting revolution."

* Purchased a facility for manufacturing expansion in Huizhou, China

Cree will host a conference call at 5:00 p.m. Eastern time today to review the highlights of the fiscal second quarter 2010 results and the fiscal third quarter 2010 business outlook, including significant factors and assumptions underlying the targets noted above. The conference call will be available to the public through a live audio web broadcast via the Internet. Log on to Cree's website at www.cree.com and go to "Investor Relations  Overview" for webcast details. The call will be archived and available on the website through February 2, 2010.

Supplemental financial information, including the non-GAAP reconciliation attached to this press release, is available in the "Investor Relations" section of Cree's website, under "Financial Metrics", "Quarter ending December 27, 2009", at www.cree.com.

Cree is leading the LED lighting revolution and setting the stage to obsolete the incandescent light bulb through the use of energy-efficient, environmentally friendly LED lighting. Cree is a market-leading innovator of lighting-class LEDs, LED lighting, and semiconductor solutions for backlighting, wireless and power applications.

For additional product and company information, please refer to www.cree.com.

This press release highlights the company's financial results on both a GAAP and a non-GAAP basis. The GAAP results include certain costs, charges, gains and losses which are excluded from non-GAAP results. By publishing the non-GAAP measures, management intends to provide investors with additional information to further analyze the company's performance, core results and underlying trends. Cree's management evaluates results and makes operating decisions using both GAAP and non-GAAP measures included in this press release. Non-GAAP results are not prepared in accordance with GAAP and non-GAAP information should be considered a supplement to, and not a substitute for, financial statements prepared in accordance with GAAP. Investors and potential investors are encouraged to review the reconciliation of non-GAAP financial measures to their most directly comparable GAAP measures attached to this press release.

The schedules attached to this release are an integral part of the release. This press release contains forward-looking statements involving risks and uncertainties, both known and unknown, that may cause actual results to differ materially from those indicated. Actual results, including with respect to our targets and prospects, could differ materially due to a number of factors, including the risk that, due to the complexity of our manufacturing processes, we may experience production delays that preclude us from shipping sufficient quantities to meet customer orders or that result in higher production costs and lower margins; ongoing uncertainty in global economic conditions that could negatively affect product demand, collectability of receivables and other related matters as consumers and businesses may defer purchases or payments, or default on payments, in response to tight credit and negative financial news; our ability to complete development and commercialization of products under development, such as our pipeline of brighter LED chips, LED components and LED lighting products; our ability to lower costs; increasing price competition in key markets; risks associated with the ramp-up of production of our new products, as well as production at our new Huizhou facility; risks resulting from the concentration of our business among few customers, including the risk that customers may reduce or cancel orders or fail to honor purchase commitments; the rapid development of new technology and competing products that may impair demand or render our products obsolete; the potential lack of customer acceptance for our products; risks associated with ongoing litigation; and other factors discussed in our filings with the Securities and Exchange Commission (SEC), including our report on Form 10-K for the fiscal year ended June 28, 2009, and subsequent reports filed with the SEC. Except as required under the U.S. federal securities laws and the rules and regulations of the SEC, Cree disclaims any obligation to update any forward-looking statements after the date of this release, whether as a result of new information, future events, developments, changes in assumptions or otherwise.

Cree, the Cree logo and XLamp are registered trademarks of Cree, Inc. 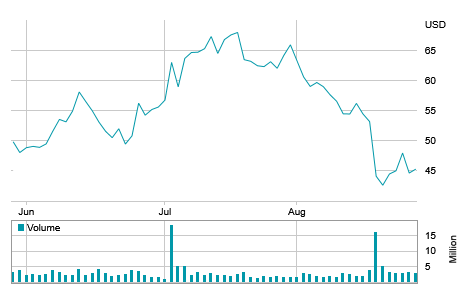 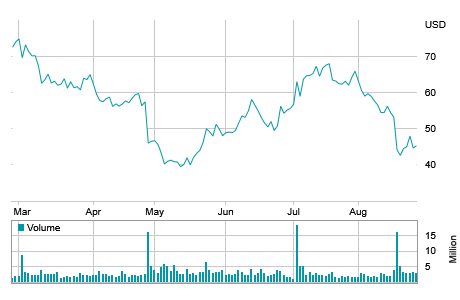 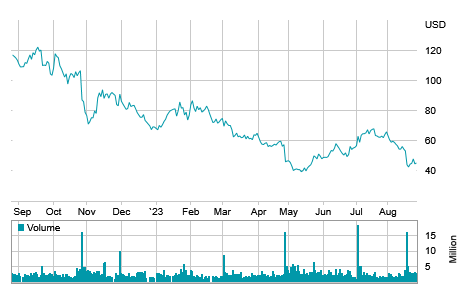